With participatory decision-making, all stakeholders are involved in discussing an issue, solving any problems, and coming to a decision. It’s a more democratic approach, but it has both pros and cons.

What are the different types of decision-making?

Decision-making is one of the most complex, challenging processes any organization (including government structures and grassroots groups) can deal with. Countless resources debate the advantages and disadvantages of approaches based on factors like how big the group is, what their goals are, and what kind of leadership structure they have. Some places use an autocratic decision-making process, which is where the leader calls the shots without consulting others. The benefit is that decisions are made quickly, but it can cause other stakeholders to get upset and distrustful. An autocratic approach is best used extremely infrequently and only when the decisions aren’t too important.

How is participatory decision-making different?

What are the features of participatory decision-making?

Speaking of features, what does participatory decision-making look like? Here are four of the most important features:

The right people are involved

The section on Practice: Participatory Decision Making in Agile Project Management: Creating Innovative Products discusses the framing of decisions, which includes identifying the “who,” as well as what values and principles participants should share. This is an essential first step because if participants have drastically different values and principles, it will be extremely hard to find common ground and come to a decision. Highsmith lists some framing questions, such as:

The vast majority of the time, not every single person impacted by a decision can be in the discussion room. Think about an organization like the World Food Bank, which serves millions of people and works with around 1,000 NGOs around the world. While participatory decision-making can’t include absolutely everyone, it’s still important to know who will be affected, who of that group should participate in making decisions, and how their feedback should be collected.

Facilitators can make or break a participatory decision-making meeting. If they aren’t skilled enough, the process can quickly break down and create long-term damage to relationships. The fastest thinkers with the most opinions and the most confidence are bound to dominate the conversation, while more measured thinkers, more innovative ideas, and unique perspectives get shut down. While remaining as neutral as possible, facilitators need to anticipate these common missteps, respond in the moment, and work with participants to ensure everyone’s voice is heard and valued.

Good facilitators will have skills such as empathy, active listening, self-awareness, flexibility, encouragement, and sharp observation. They’re experienced in various types of discussion methods and thinking tools. Perhaps most importantly, they’ll quickly notice when the group is finding common ground. Common ground moves the decision-making process forward. It can be tempting for a facilitator to take charge during times of agreement or conflict, but a good facilitator will resist and instead focus on shared responsibility and helping a group strengthen its own skills.

There isn’t a hard and fast rule about how long decision-making should be, though it’s usually true that important, complex decisions take longer than decisions with little weight. The size of a group also affects how long discussions will go on, though a skilled facilitator knows how to effectively work with a bigger group. So, how much time is enough time? When considering time, it’s vital to remember the phases a discussion goes through.

In this first stage, participants present obvious solutions to the problem. They likely won’t want to cause conflict or think out of the box too much. Most people want to end the discussion and make a decision as soon as possible, but that nearly always leads to weak decisions. Facilitators should watch for disagreements, which help the group think beyond business as usual.

Trying to work through disagreements leads a group into the divergent zone. All points of view should be welcomed and discussed. Depending on how many people and differing views there are, this can take some time.

This is the most challenging, tense part of the decision-making process. All points of view have been presented, but conflicts can arise as people struggle to understand the different ideas. Participants may feel tired and discouraged. Facilitators need to help the group develop a “shared framework of understanding.”

Once that framework of understanding is built, participants no longer feel like they’re fighting with each other. They can work toward common goals. Discussions should be smoother and faster at this point.

At this last stage, it’s time to make a decision. Everyone needs to understand the details of the decision and what supporting it means.

Everyone is treated with respect

Respect and inclusivity are the foundation of good participatory decision-making. Everyone’s voice needs to be valued and given space throughout the entire process. Participants should feel safe expressing their views. Those who are accustomed to leading need to give up some control and commit to honoring the process. The facilitator plays a huge role in nurturing a respectful, inclusive environment, but everyone needs to take responsibility for how they treat others during the process.

Because participatory decision-making isn’t the same as consensus, what does respect look like when not everyone agrees? If a group agrees a decision can move forward without 100% agreement, there should be ground rules. That can mean agreeing that certain “minor objectives” will be included in the decision. Major objectives, on the other hand, are significant enough to pause the process. A group should define what constitutes “major.” If a decision is made non-unanimously, participants should still feel like everyone’s voice was respected, no one was intimidated into silence, and no one issued a major objective.

What are the pros and cons of participatory decision-making?

When stakeholders are involved in a decision, they’re more likely to truly commit and work toward the decision becoming a reality. As participants, they have a vested interest in the decision’s success.

All stakeholders bring something valuable to the table, but certain people may need extra education and training on technical knowledge, administrative details, or new skills. As an example, if an NGO wants to use a participatory process about something that affects a local community, community members will need to understand what the NGO can provide and the details of relevant systems. On the other hand, NGO members need to understand the local community’s relevant political and social issues. This adds to how long the decision-making process lasts.

Pro: Decisions made with participation tend to be more inclusive and effective

Con: Identifying who should participate can be difficult

Simply deciding who should be involved can be a very challenging step. First, not every stakeholder may want to be involved. Then, there’s the risk of not including every important voice, which breeds distrust in a final decision. Organizations that want to use a participatory method should not underestimate the importance of who gets a seat at the table. For community interventions, in particular, it’s essential that both “targets of change” and “agents of change” are involved. This helps increase the odds of a decision that’s inclusive and effective. 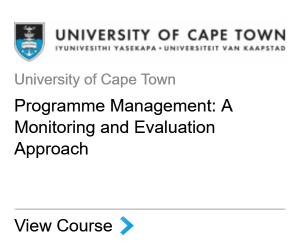 Get updates about M&E Career Opportunities delivered directly to your inbox.